About a month ago, the W3C unveiled the Web Authentication API (WebAuthn), which is a way to sign into websites using a fingerprint or other secure method instead of a password. This is brand new stuff and exciting because passwords are terrible!

The success of a new standard like this will depend on it being easily usable by people of all different levels of experience with the Web. So, instead of focusing on the technology here, I want to take a look at how it works in practice.

So what browsers even implement WebAuthn?

CanIUse has a good rundown of browser support for WebAuthn at the moment:

You’ll notice a few major gaps there—Safari, basically no browser on iOS (Mobile Safari, Firefox, and Chrome aren’t supported), and only the latest version of Edge. The bright spots are on desktop and Android where Chrome and Firefox both have support, though as you’ll see below, supporting the standard and having it actually work in practice are two different things.

Update: it looks like Safari is getting WebAuthn very soon. Thanks for the heads-up Stuart

Update 2: And they’ve done it in the Tech Preview release (May 29)

While support is growing, WebAuthn is still difficult to use

Despite the spotty browser support, I wanted to see how it worked in the browsers that it’s implemented in. I used this demo site at WebAuthN.org for testing.

Chrome on Android: Better wording, but so many steps

The initial implementation shows promise, but there will need to be more focus on usability

I realize these are the first implementations of WebAuthn and that there’s a lot of work going on right now to improve things. With that said, here are some initial thoughts on the user-experience for WebAuthn.

The wording should be way less technical

The way insecure messages are shown for security in browsers is a good model to follow for WebAuthn. Most warnings for SSL just talk about “Secure Connections” or “Your connection is not private” or warnings about “trust”. There’s little mention of the underlying technology. At the moment, WebAuthn feels like it’s only for developers and experts. The wording in the authentication and the information around it talks about USB authenticators, “security keys”, etc. Instead of talking about all of this technical jargon, the person should just be reassured with something like:

Use your fingerprint to verify your identity

You’ll be able to sign into webauthn.org using your fingerprint. This information is sent securely and is unique for each website so there’s no risk of your information being shared.

Or use a different verification method…

Authorizing WebAuthn per site should be easier

It’s unfortunate that I’m asked multiple times whether I really (really) want to use WebAuthn on each domain I visit. When you consider the current state of passwords in browsers, anything is an improvement. Currently, passwords are implemented with <input type="password"> that sends the password in plain text and I have to hope that the developers who implemented on that particular site use decent encryption on their end to store it. I shouldn’t have to jump through hoops to use something that’s so much better than that out of the box.

Ideally, it would just jump straight to a fingerprint validation step without having to ask for my permission to first allow for the use of WebAuthn. If the “permission” step and the “auth” step could be combined, it would be more in line with how apps like 1Password use fingerprint authentication. Ideally it wouldn’t need to be authenticated in the same way that Geolocation API does due to privacy. It seems that the most the website could get would be a unique identifier for me, so I wonder if Webauthn could just be enabled by default. That said, there may be valid reasons to first have to give permission.

At the very least, the number of pop-ups and permission steps could be reduced. Having to be given info, then agree, then choose a method, then input your fingerprint, then receive confirmation, is too many steps.

Choosing an authentication method should have a default

The options to choose a USB-key, NFC, or Bluetooth are confusing. I realize that there’s a good chance that the Firefox, Chrome, and other developers are starting with the use-case that’s the most prevalent for them internally and will circle back later to address the rollout of WebAuthn for everyone. Hopefully the next iteration will start to make those authentication options less in your face.

USB keys for authentication will almost certainly never be used by home users where authentication (at least for now) will be via fingerprint sensors on laptops or phones. Having to choose an authenticator is confusing for the vast majority of people who don’t even know what that is, and the default should be obvious—those with USB keys or other auth methods can be made to do a bit more work to go to a preference (or subtle link) to enable that option.

Can’t wait until it’s ready for us to use!

I really love that the Web Authentication API is coming alive, but I worry that it will fail to be used widely if a few simple user experience improvements aren’t made. Better copywriting, fewer technical questions for users, and streamlined flows would go a long way to making the API a truly wonderful experience. 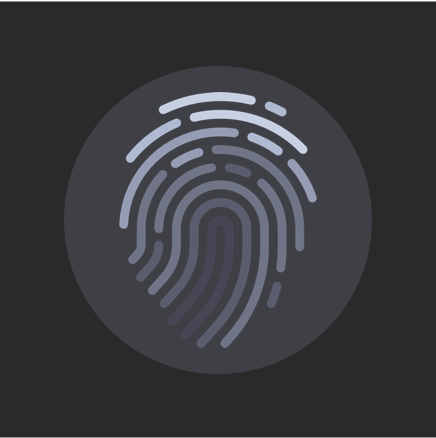 Thanks to Daniel Burka and Steven Garrity for their input and editing on this article!