An informal presentation on how to get better at receiving and acknowledging feedback.

What follows began as a brief presentation I made internally at silverorange. 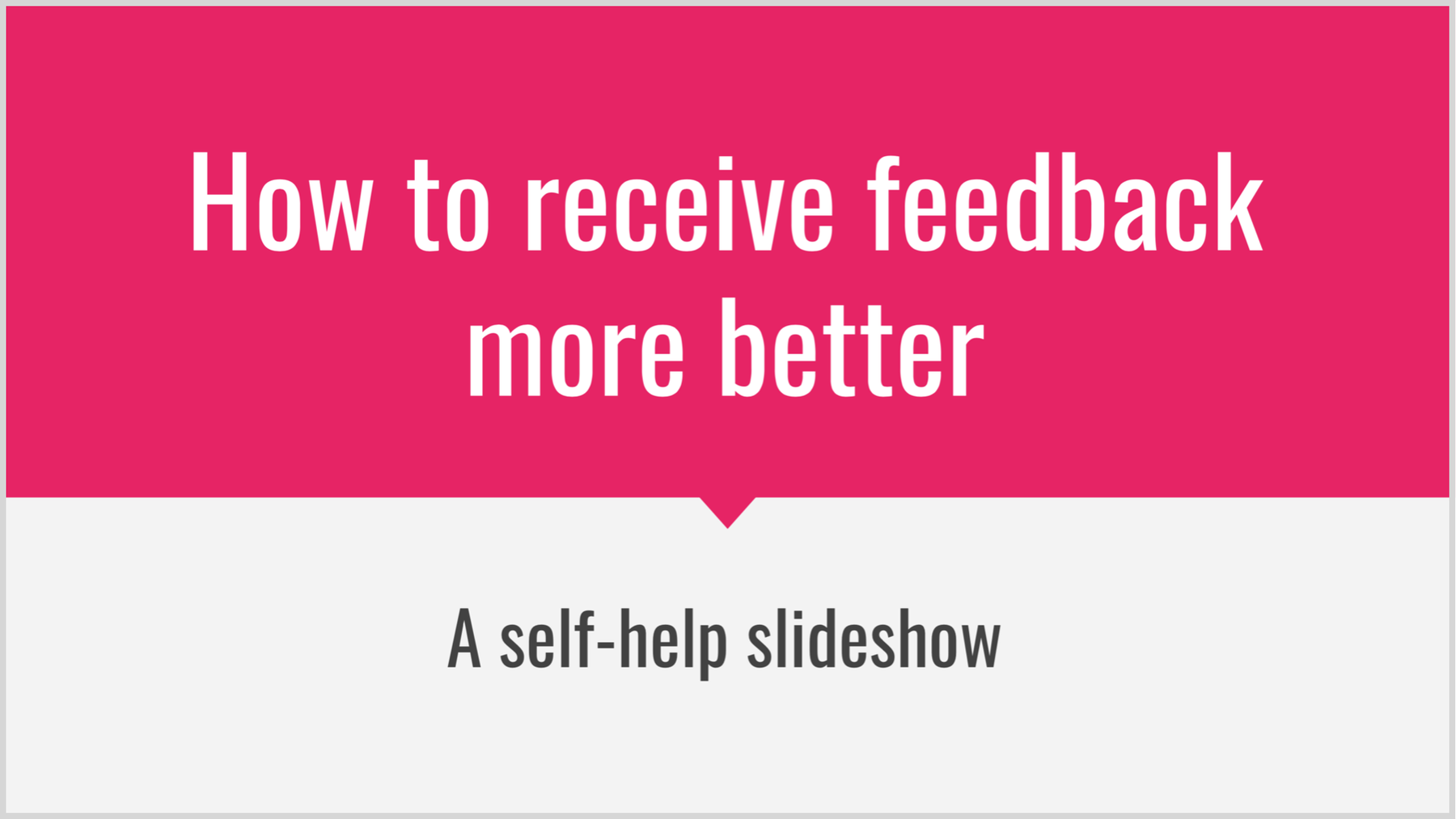 I’ve never been great at taking feedback or criticism. Few people are. I’m trying to get better at it. These are some thoughts that have helped me. 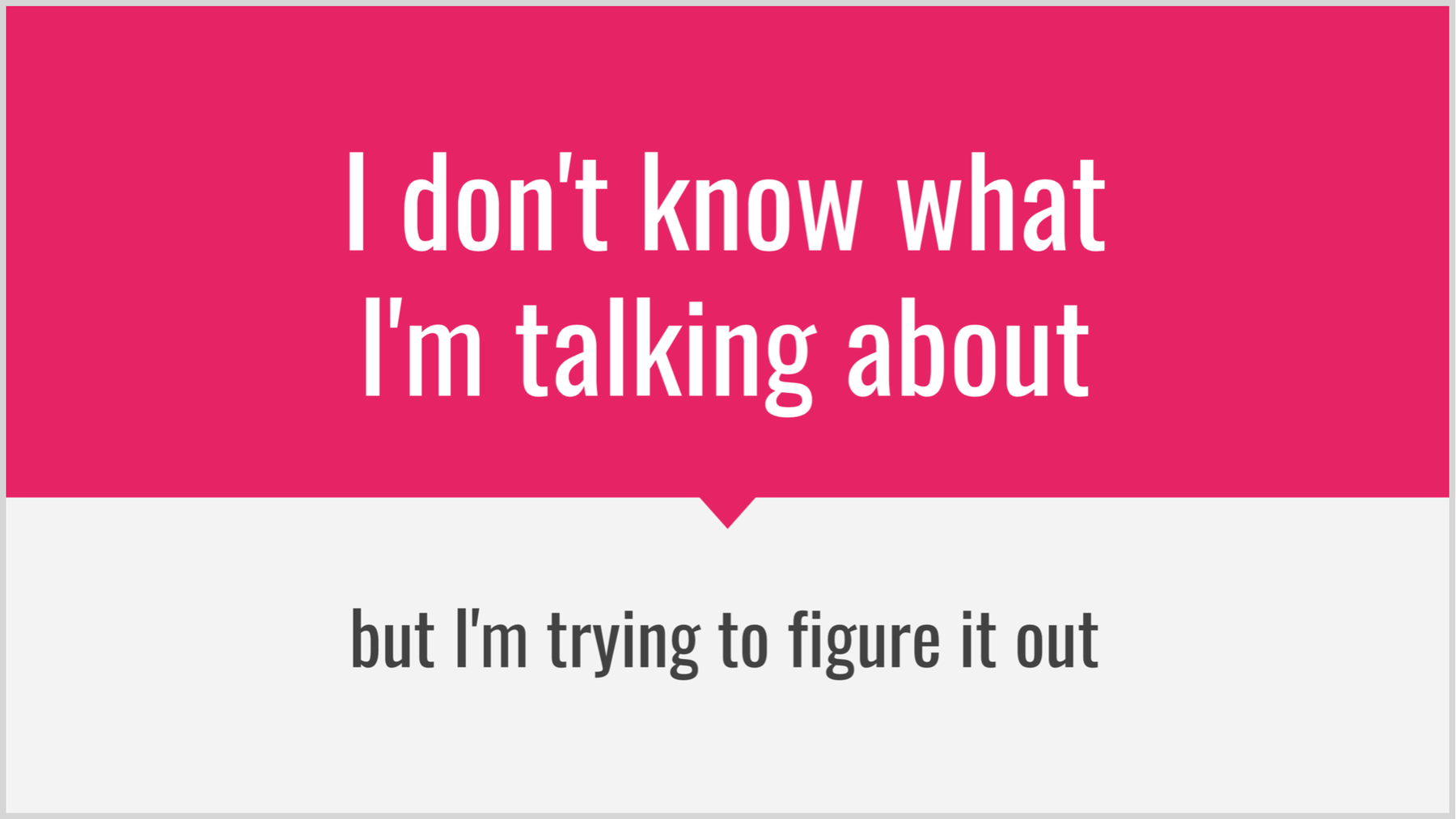 I’m not an expert on this. On the contrary—that’s why I’m talking about it, because I’m bad at it and want to get better. 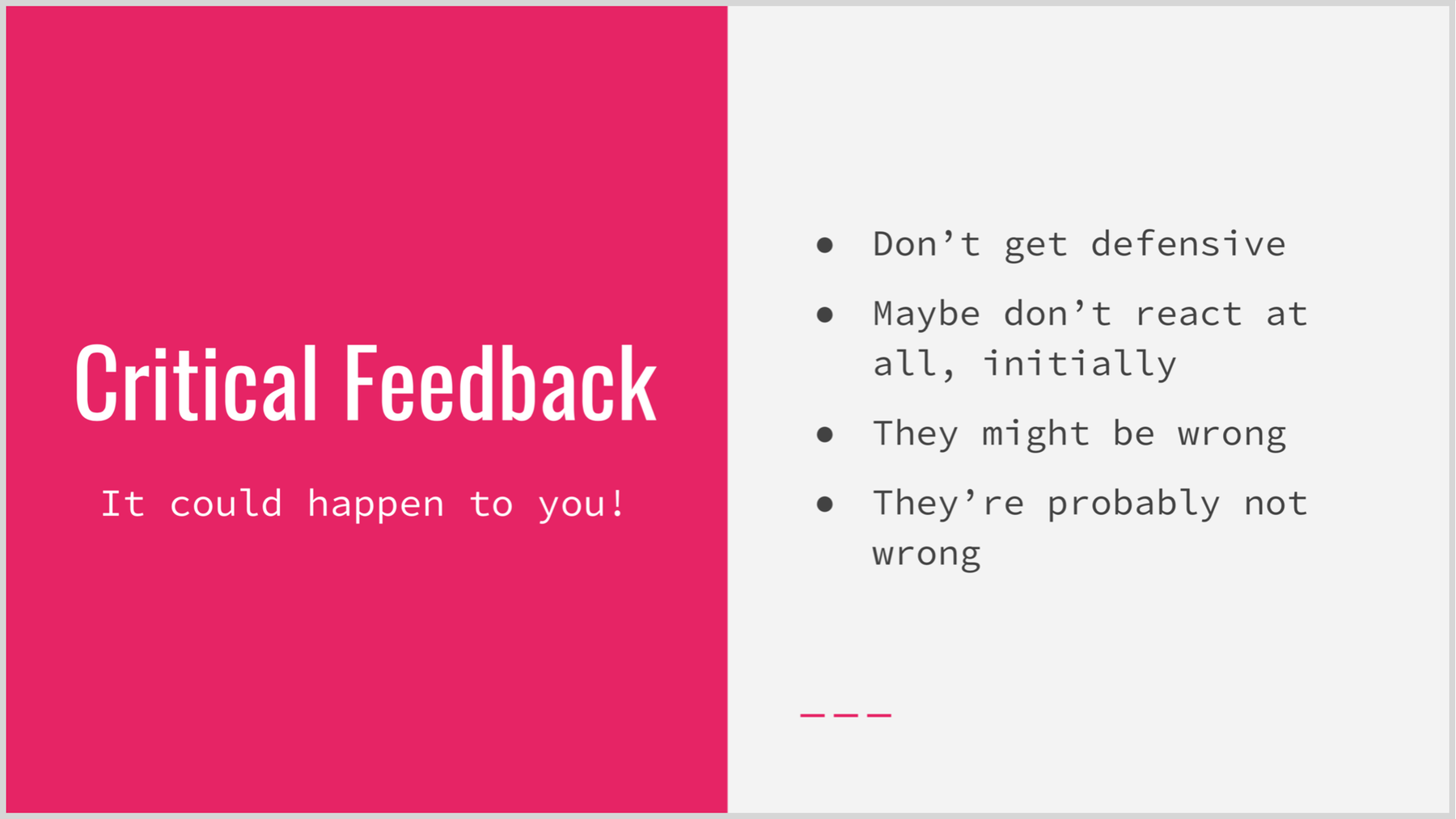 When you get critical feedback: 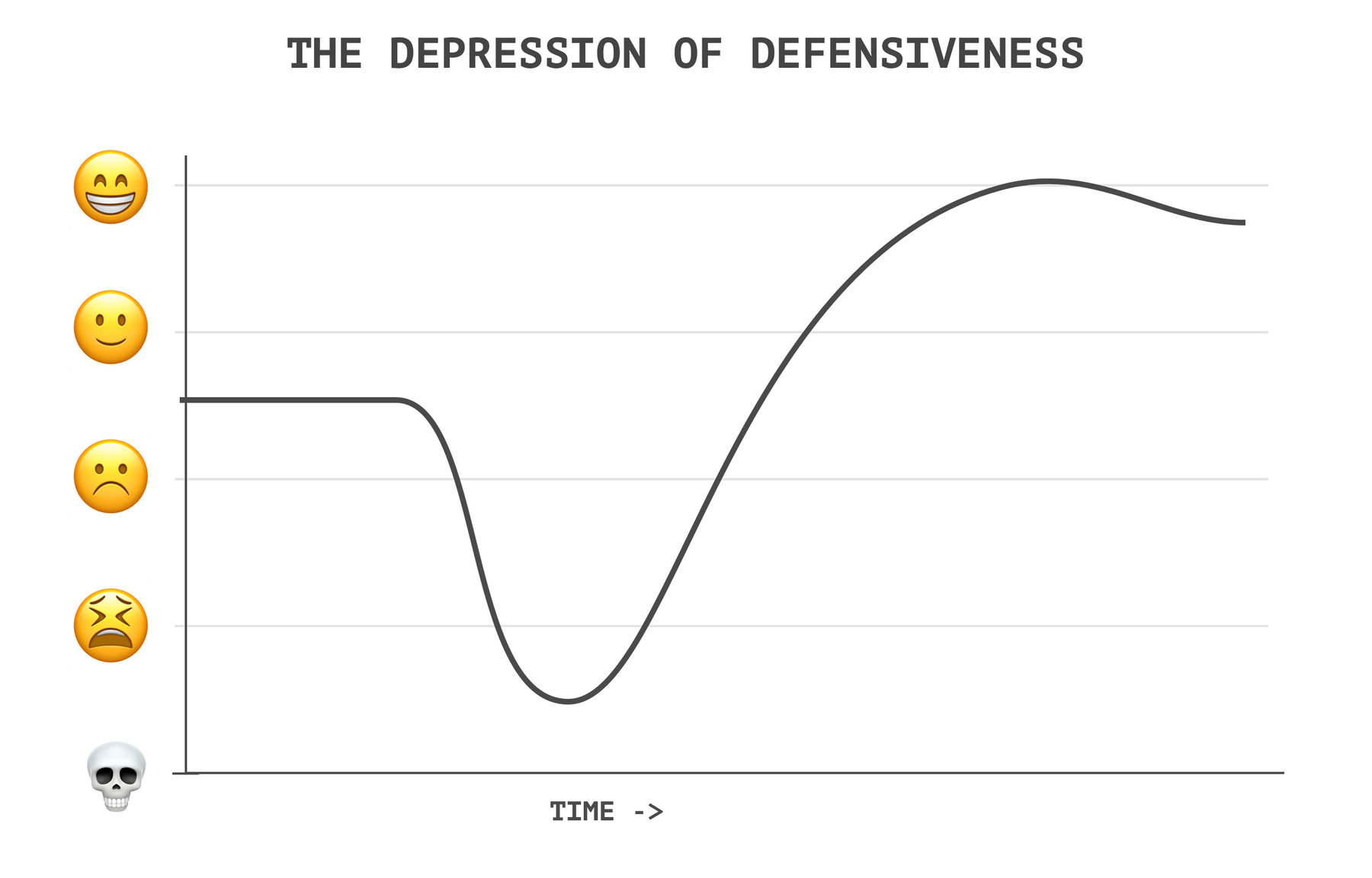 I give you The Depression of Defensiveness. The left axis is a scale of how you feel (good is up, bad is down). The bottom axis is the inexorable and relentless march of time. 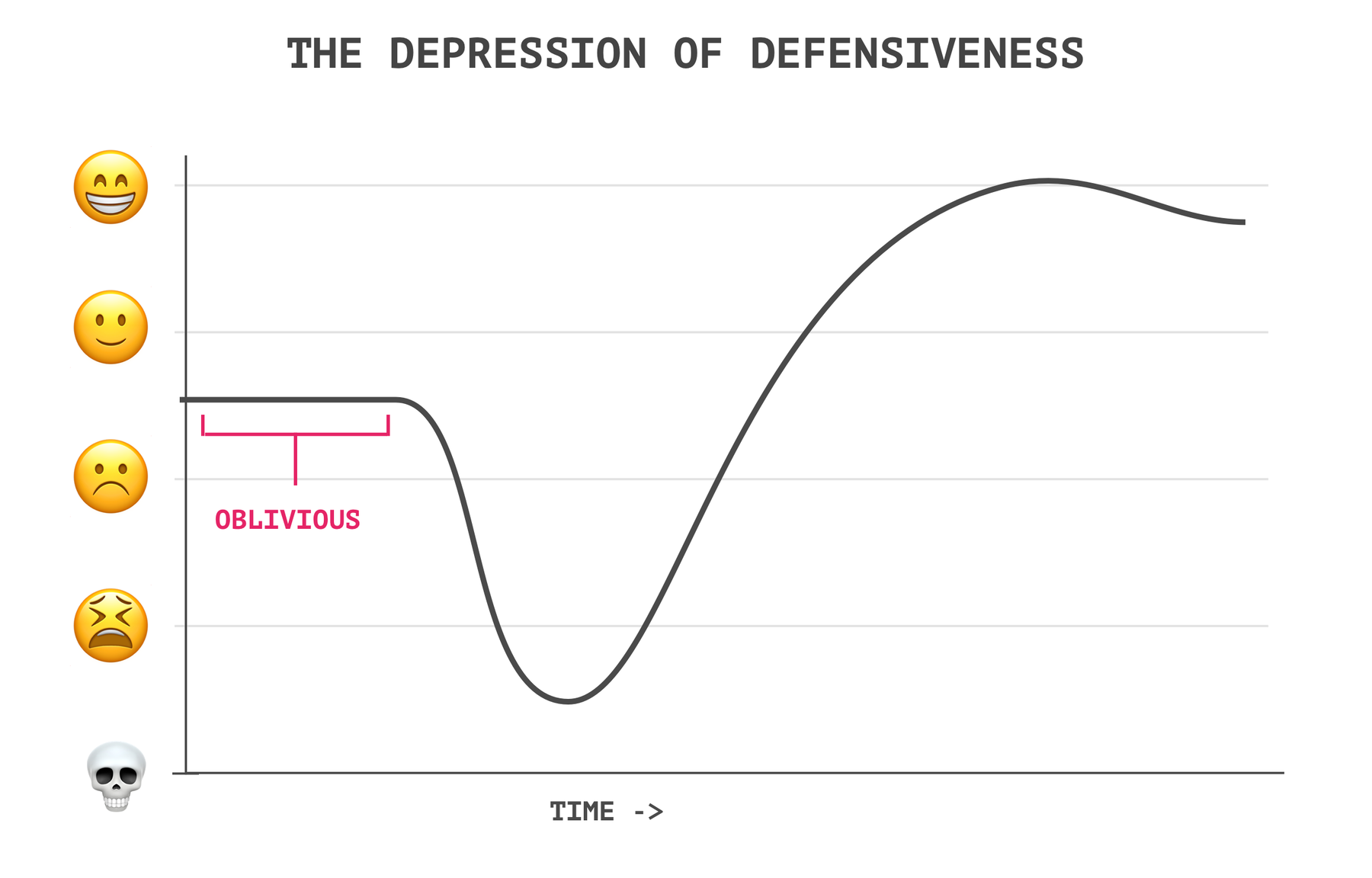 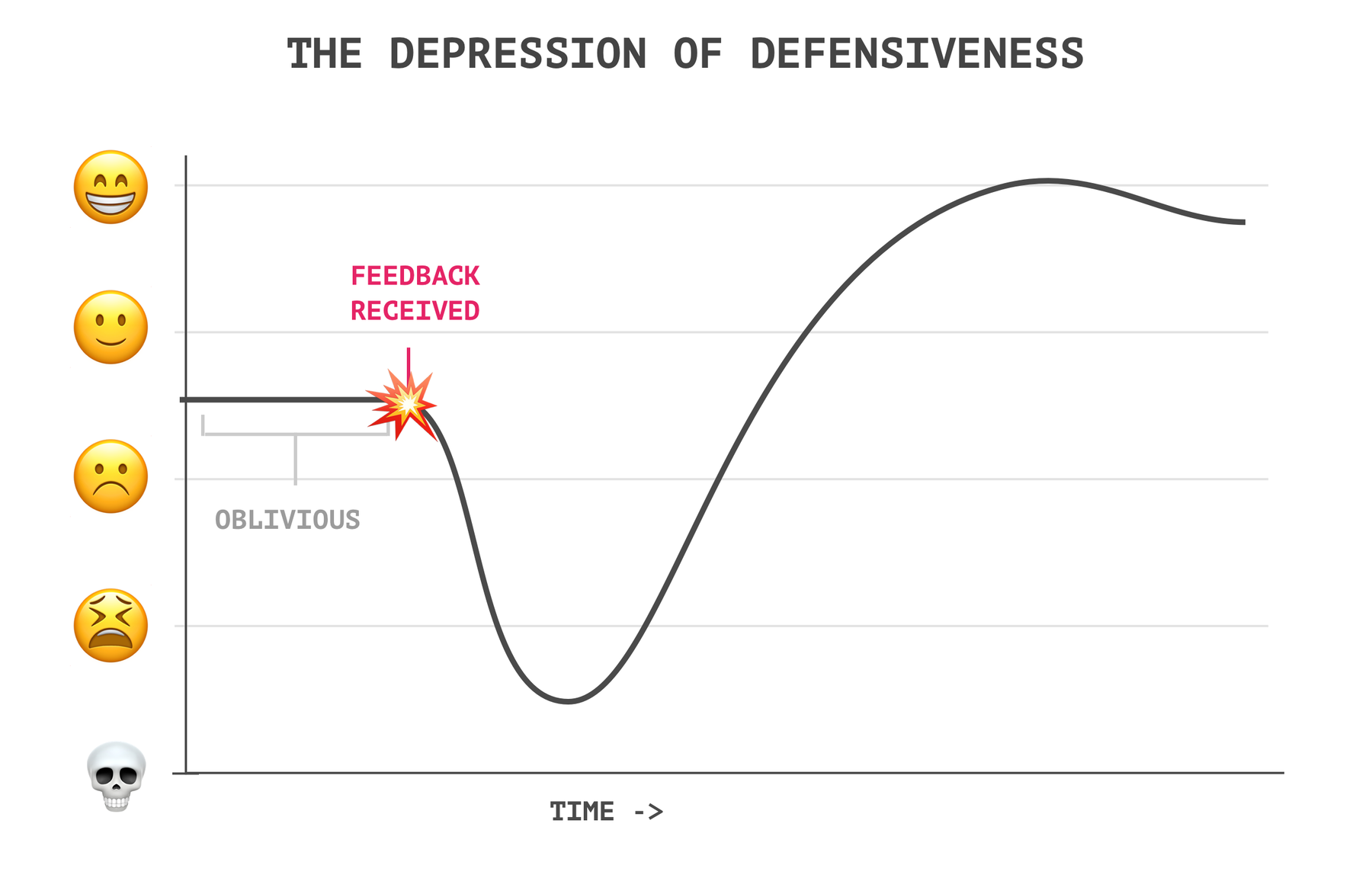 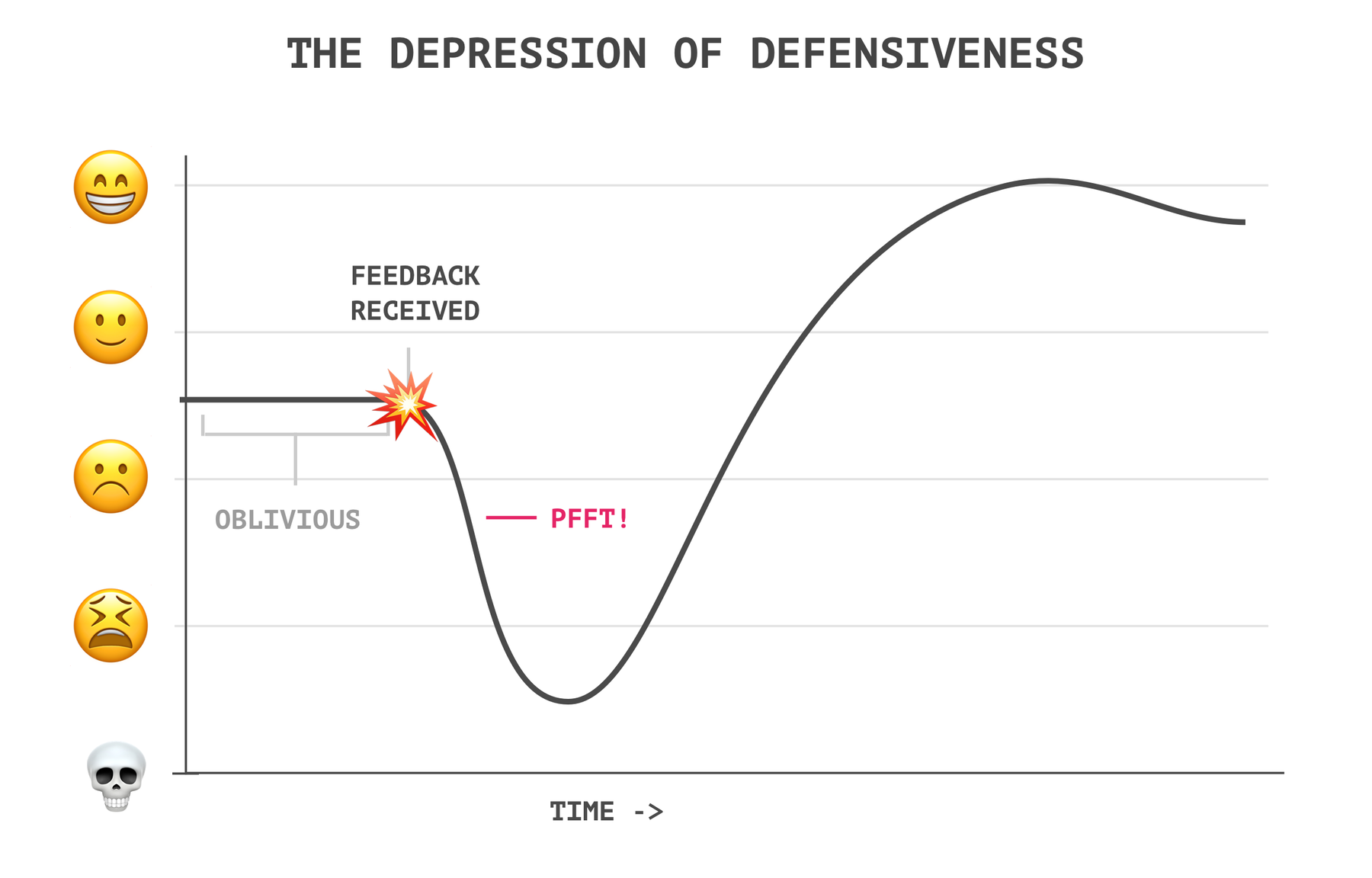 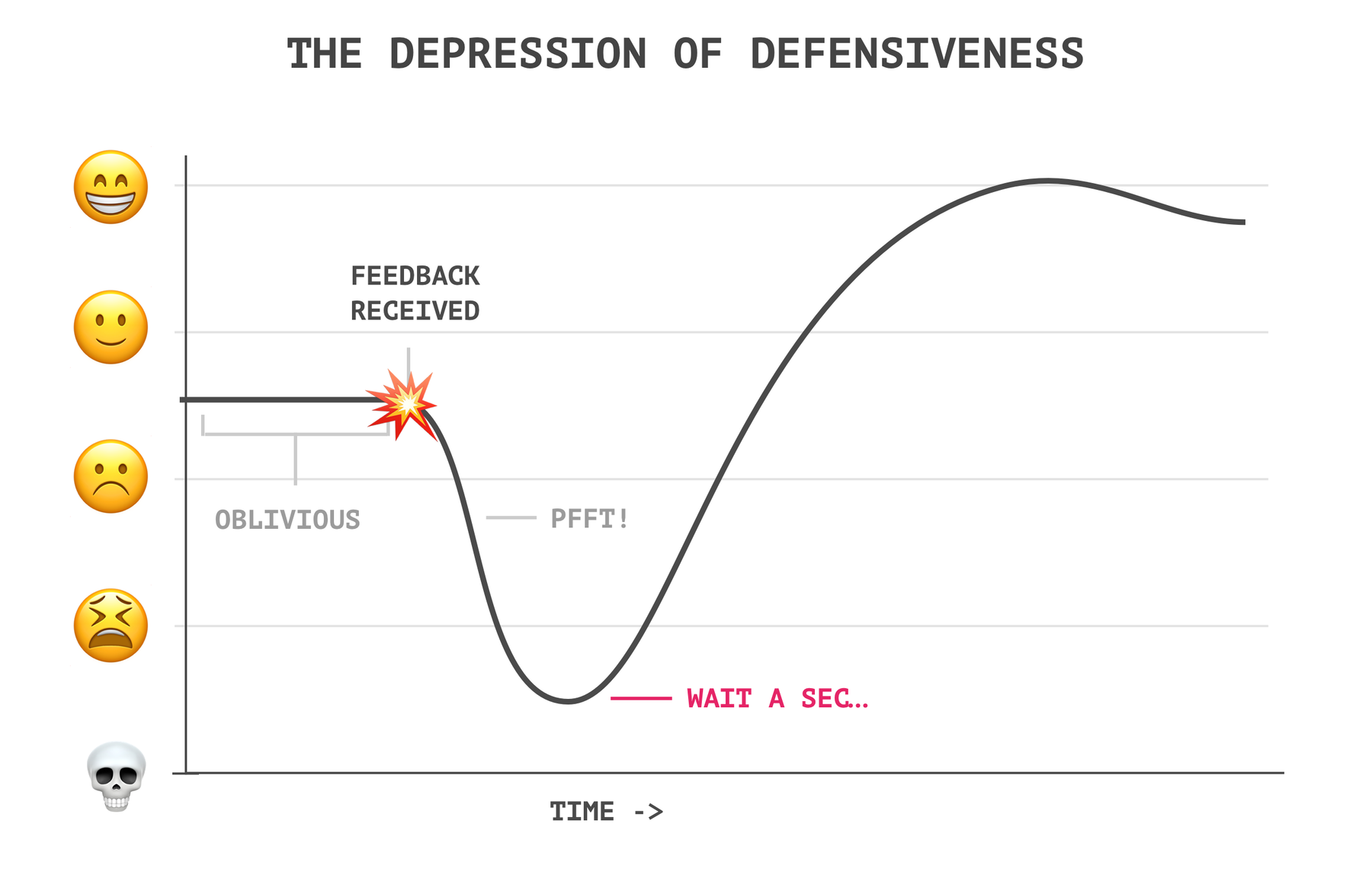 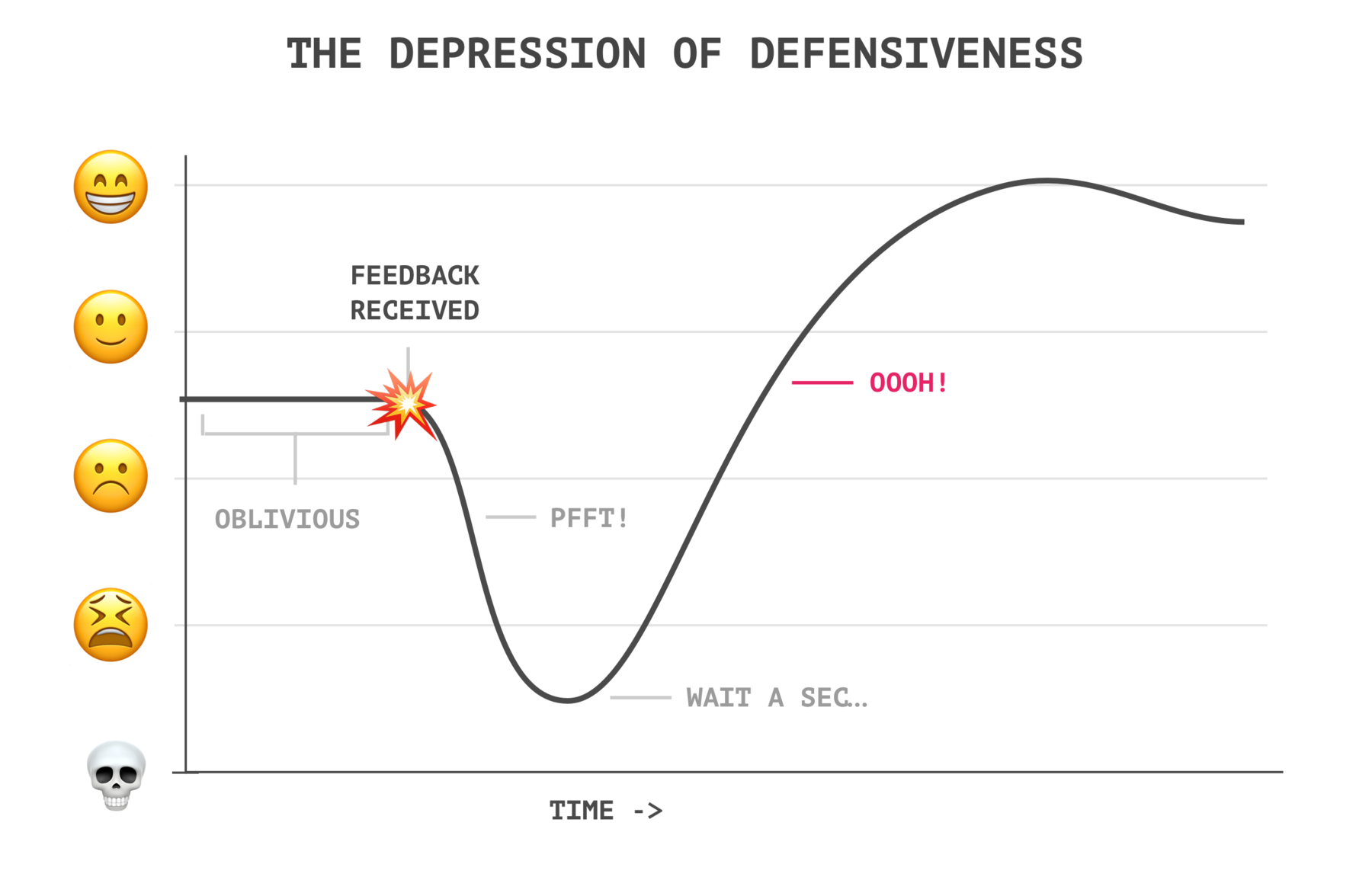 5. Oooh! I totally missed that. 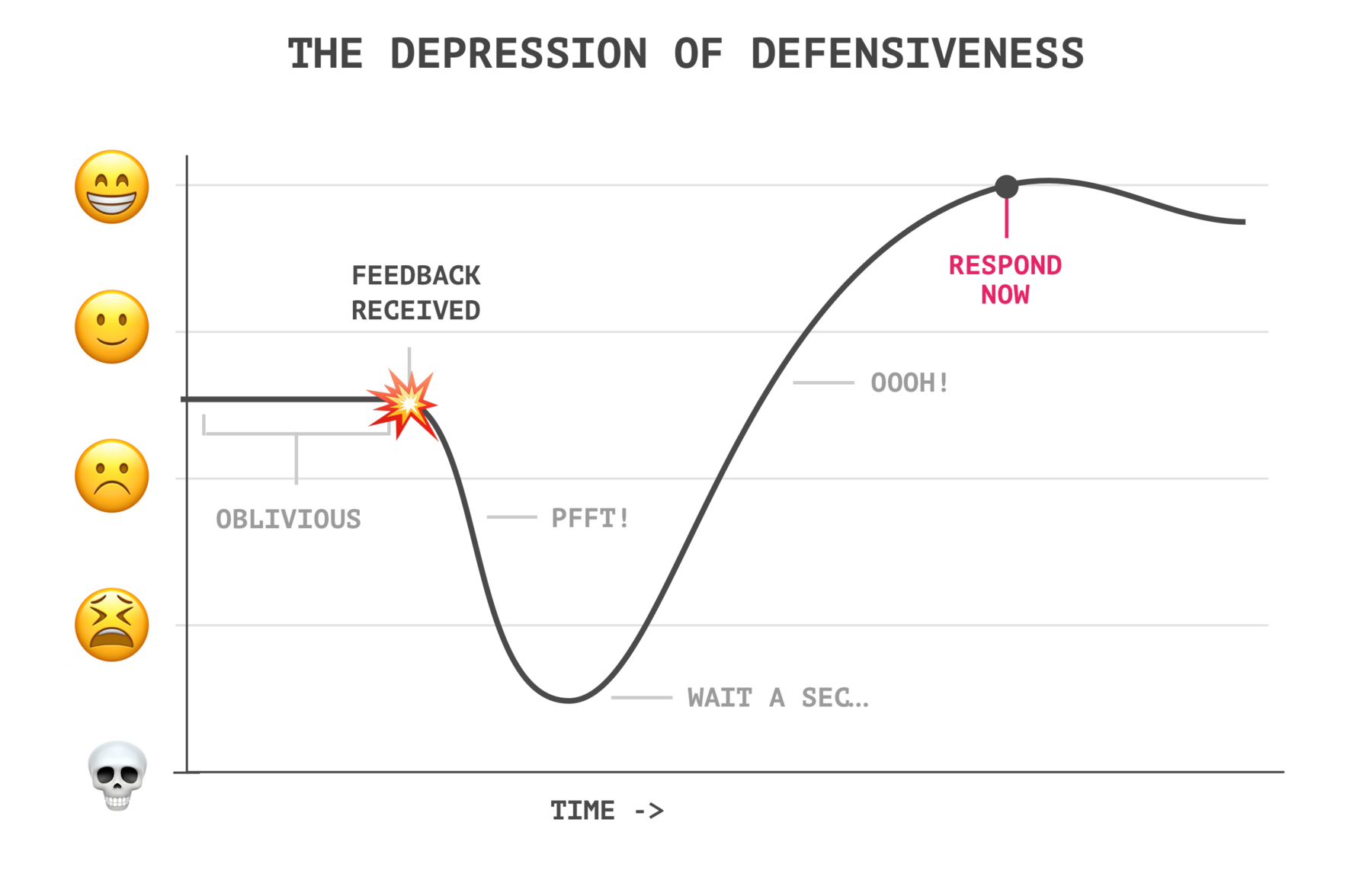 6. Respond only now that you are enlightened. 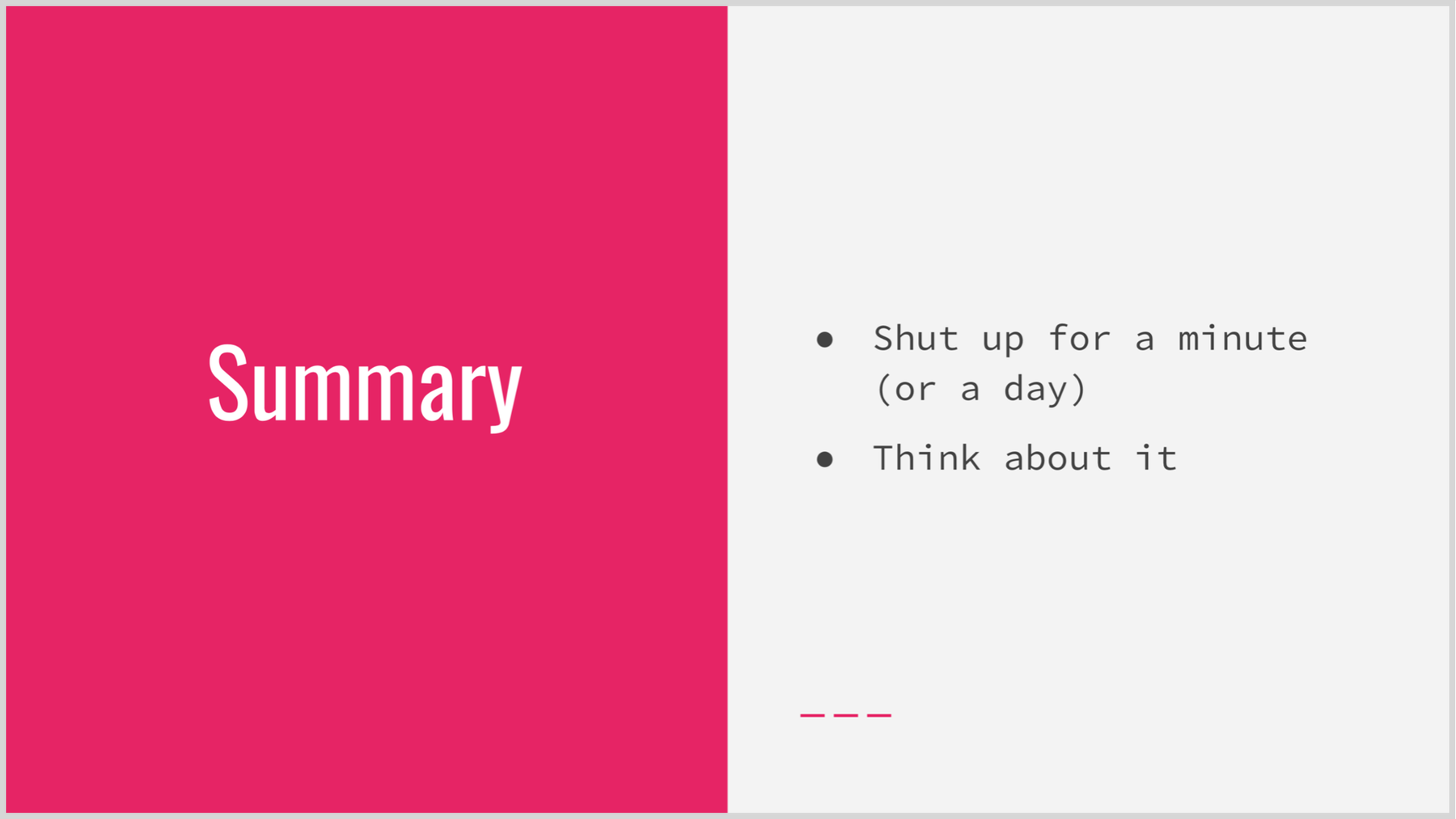 This entire process could take two days, but in my experience, it often takes 30 seconds or less. A short enough time that in the span of a conversation, you can say “Hmm …” or, “Ok, let me think about it for a minute.”

In summary, shut up for a minute (or a day) and think about it before you react. 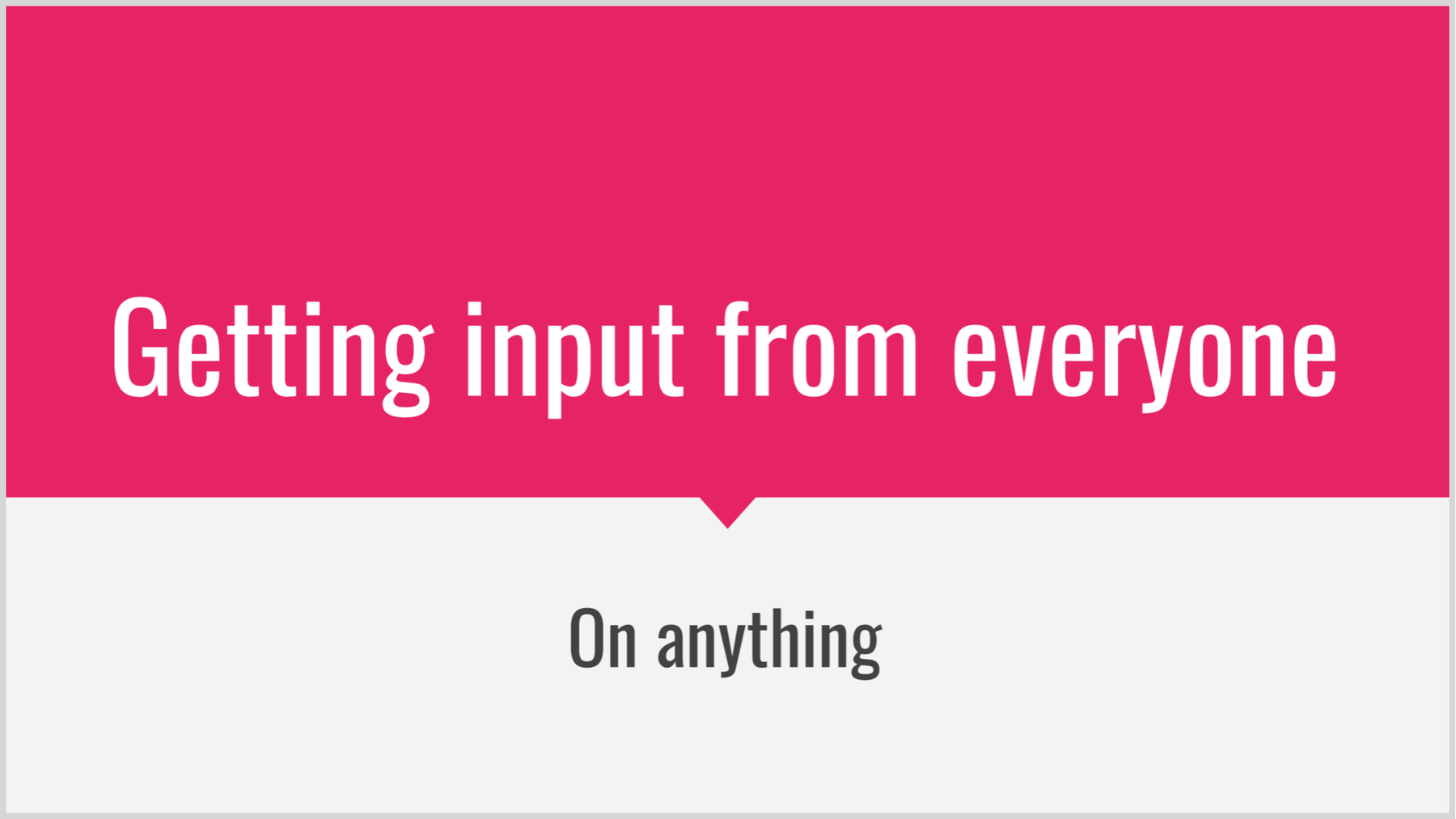 As our small company has grown beyond the number that can participate in a single hug, we’ve inevitably drifted into the area where many of us are unaware of the process that went into most decisions we weren’t directly involved in.

It’s important at this stage that everyone remain informed enough to have a sense of trust. People should know they can have some agency and influence, but not necessarily a vote. 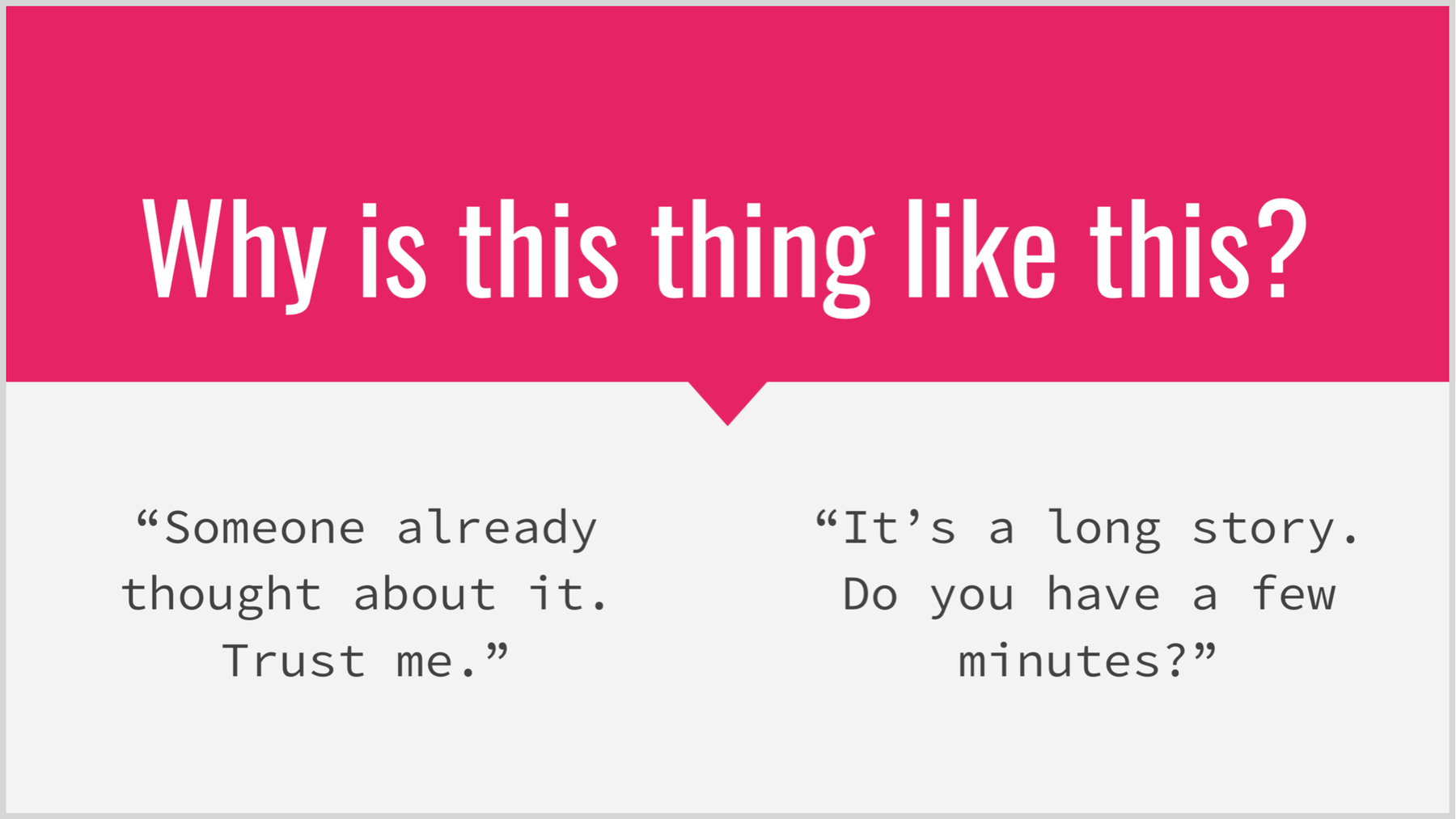 In his great book on the creative collaboration process at Apple during the development of the original iPhone, Ken Kocienda shares an anecdote about an engineer being rebuffed when offering feedback.

In Ken’s story (loosely paraphrased here), an engineer reported that the new button styles in iOS 7 didn’t look “clickable.” This engineer was told that the Human Interface group was in charge of this and they have their reasons.

Now, if this engineer is at a party months later and someone asks why the new buttons are so bad, they may respond with frustration (“I know—it’s dumb! I tried to tell them”).

Instead, if this engineer had been given some insight into the rationale behind the decision, they may have become an ally (or at least not a critic) of the choice and been able to comfortably defend the decision to friends and family.

The key here isn’t how the friend at the party sees Apple—it’s how the engineer feels about their own agency within the company. It feels pretty lousy to be putting your effort into a project when the motivations of those at the helm are inscrutable to you.

So, when asked why a thing is like it is, don’t respond with:

“Someone already thought about it. Trust me.”

Instead, take a few minutes and use the opportunity to turn a bystander into an ally: 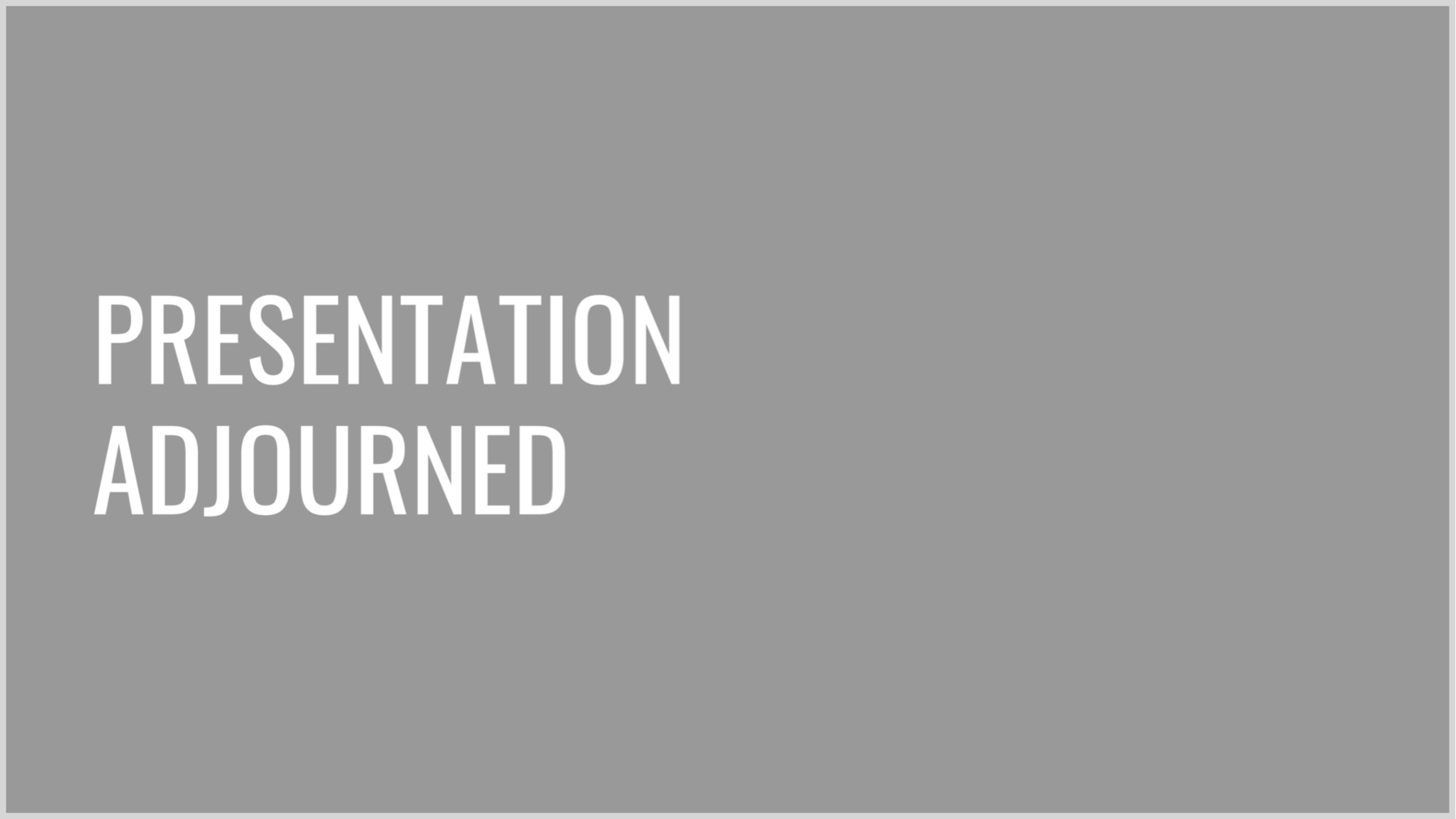 I like to let people know when to clap.